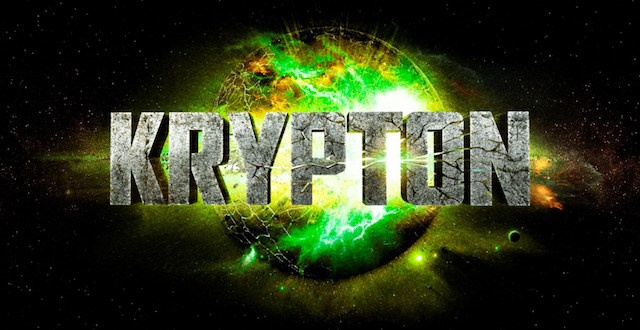 The DC Comics universe continues to expand on the small screen today as TVLine reports that the previously-rumored Krypton series is close to locking in a pilot episode at Syfy. Said to be set 200 years in the past, the Krypton series will explore the history of Superman’s ill-fated birth planet with Kal-El’s grandfather the show’s central protagonist.

“Years before the Superman legend we know, the House of El was shamed and ostracized,” reads the official synopsis of the Krypton series. “This series follows the Man of Steel’s grandfather as he brings hope and equality to Krypton, turning a planet in disarray into one worthy of giving birth to the greatest Super Hero ever known.”

The idea for the Krypton series originated with The Dark Knight scribe David S. Goyer and Ian Goldberg (Once Upon a Time). Goldberg is set to draft the pilot with Goyer attached to executive produce.

In the late 1980s, John Byrne scripted a comic book miniseries called “The World of Krypton.” It introduced a version of Kal-El’s paternal grandfather named Seyg-El (named for Superman co-creator Jerry Siegel). There’s no word yet on whether or not the new series will keep that name, however.

It remains to be seen exactly how closely the Krypton series connects to already established live-action Superman continuity. While David Goyer has spoken about the series as a prequel to Zack Snyder’s Man of Steel, we’re already getting glimpses of a small-screen planet Krypton on episodes of CBS‘ Supergirl. Because of the prequel angle, the Krypton series might not even need to make a distinction between the two anytime soon.

How do you feel about these Krypton series plans? Will you check out the show? Let us know in the comments below!