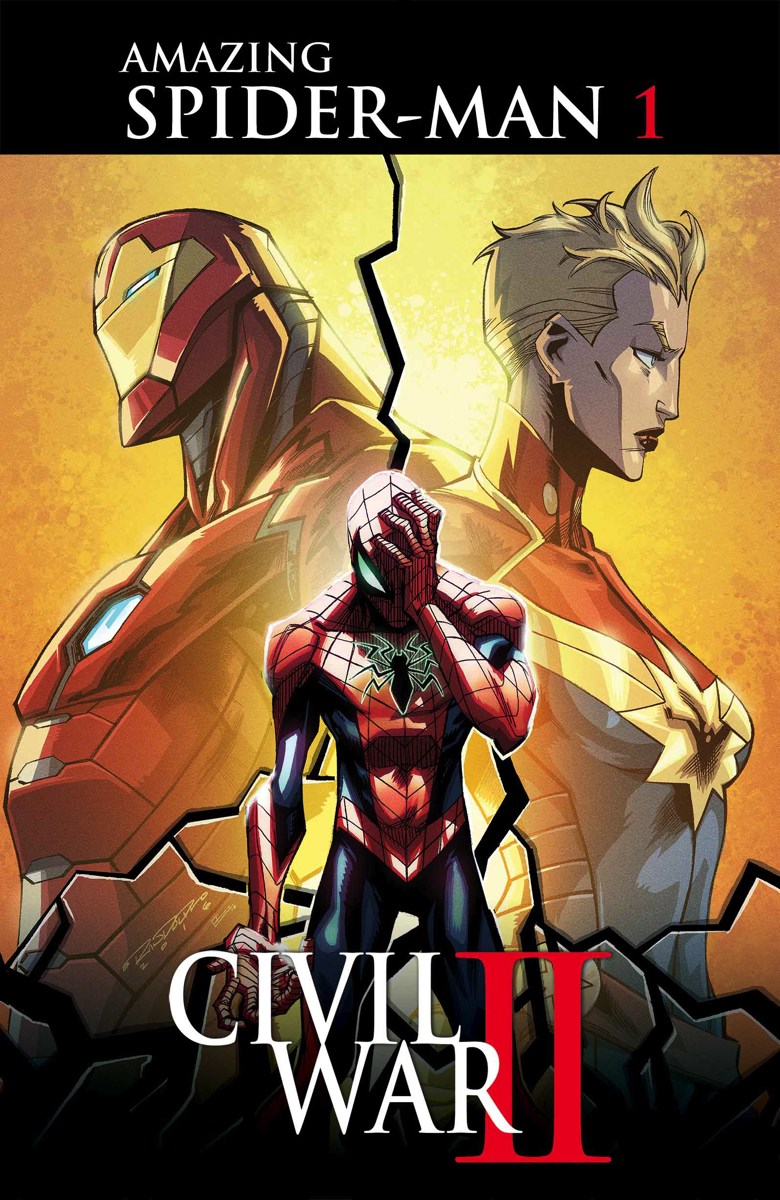 Spider-Man was a key part of the original Civil War, and that’s continuing this year in both the Captain America: Civil Warmovie and the upcoming Civil War II comic book event. At Chicago’s C2E2, Marvel announced a new tie-in series beginning in June called Civil War II: Amazing Spider-Man. As series writer Christos Gage tells Newsarama, it pits the wall-crawler’s great power and great responsibility with the dueling ideas of protecting – or changing – the future.

Gage, who will be joined by Animal Man artist Travel Foreman, talked with Newsarama about this new series. And although he’s inclined to hold back to avoid spoilers, theDaredevil season 1 writer did explain how this ties into the original Civil War and how the series will feature the return of one of the classic Stan Lee/Steve Ditko Spider-Man villain teams you may have forgotten.

Newsarama: Christos, you’re back with Spider-Man, and for Civil War II no less. You wrote some tie-in issues for the original Civil War back in 2007, so what’s it like coming back for this one?

Christos Gage: It does feel like things are coming full circle a bit…I’d done a short Spidey story and the Union Jack miniseries prior to Civil War, but the Iron Man/Captain America: Casualties of War one-shot was definitely my first big, high-profile gig for Marvel. (And hey, if you missed it, fear not: its part of the new Captain America/Iron Man: Civil War TPB!) Fans still tell me how much they liked that book, and I sign it at every con I do…I even gave Vincent D’Onofrio a copy on the Daredevil set when he expressed interest in finding out more about Civil War. The first Civil War was a huge part of my comics career, so it’s great to be part of Civil War II as well – especially writing Spider-Man, who I didn’t get a chance to delve into the first time around.

Nrama: Spider-Man had a key role in the original Civil War, in the movie, and in this new one as evident from this miniseries. What is Peter’s role in this?

Gage: I can’t say too much without venturing into spoiler territory, but I think it’s safe to say that Pete has learned from his experiences the last time. He knows which side he’s leaning toward, but before he makes a decision he wants to get all the information he can. We’ll see him doing that, and what happens as a result.

Nrama: And what is he up against?

Gage: Again, I can’t go into it too much, but there will be a Lee/Ditko era villain, the lesser-known but personally beloved baddies the Vulturions…and, of course, the central struggle of Civil War II, which promos have summed up as “Protect the future/Change the future.” Make of that what you will…

Nrama: How much will Peter’s role with Parker Industries play a part in this?

Gage: A big one – specifically, the New York offices of Parker Industries. I spoke to Dan Slott (who I’ve co-written more than a few Spidey stories with) while working out the plot, to make sure I wasn’t stepping on anything he had planned and ensure that we coordinated things smoothly, and he was excited to have the Manhattan office get some page time, since Amazing Spider-Man has been more focused on international locations lately. So we’ll be seeing Harry Osborn and Clayton Cole, as well as a guest appearance by the Human Torch.

Nrama: For this,  you’ve been paired with Travel Foreman for the first time. He has a very popular, but stylized approach in illustration and in storytelling. How are you looking to aim your scripts to take advantage of that?

Gage: I’m a big fan of Travel’s, going back to his work on Ares and Iron Fist, and I’m thrilled to be working with him. I definitely intend to give him plenty of opportunity to cut loose with his trademark dynamic, hyper-detailed action scenes and eye-catching page compositions, but I’m also very excited to see his character work, as I think his characters’ “acting” is an impressive and under-appreciated weapon in his extensive artistic arsenal, and will be crucial to this story.

Nrama: Big picture, what are your goals for this miniseries?

Gage: I’ve read the first few scripts for Civil War II, as well as a synopsis of the entire series, and let me tell you, it’s big. On many levels. So rather than duplicate that, I am hoping to, one, show how and why Spider-Man chooses the side he does; and two, how it affects Spidey and other characters Spidey fans have come to know on a very personal level. Spider-Man’s central theme of power and responsibility looms large in all his stories, but in this one, there’s a new twist to it. Other things can come with great power, too…