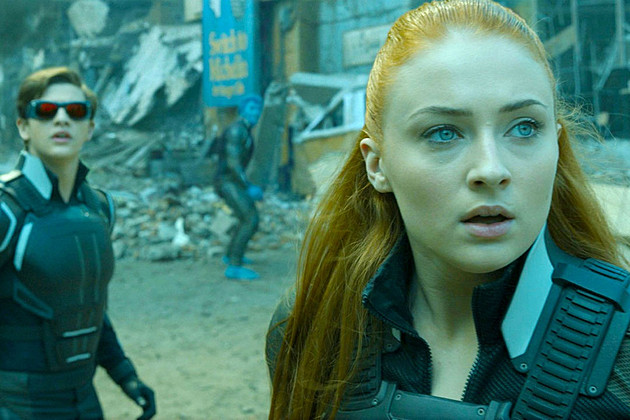 Grain of salt warning, as this rumor is nowhere near confirmed, but feel free to file it somewhere between “plausible” and “probable.” While Fox has been working to expand their X-Men spinoff films and nurturing Deadpool’s corner of that universe, the studio has yet to announce the next proper X-Men sequel. Bryan Singer has expressed interest in returning to the franchise after he films 20,000 Leagues Under the Sea, which means it could be a few years or so before another X-Men movie hits theaters. In the meantime, the latest rumor about the future of X-Men suggests a film that could make some fans pretty happy.

Heroic Hollywood reports that Fox is planning to revisit the Dark Phoenix, which was a major component of X-Men: The Last Stand, Brett Ratner’s disappointing sequel to Bryan Singer’s first two X-Men films. The Last Stand took some inspiration from The Dark Phoenix Saga, the comic book arc in which Jean Grey is exposed to extraterrestrial radiation that unlocks her full mutant potential and breaks down the psychic barriers created to contain it. Dubbed the Dark Phoenix, this version of Jean is far more powerful and infinitely more dangerous, ultimately forcing her to make a tragic choice.

It’s also a difficult story to adapt, given some of the wackier and convoluted plot elements, and while some of the narrative specifics would have to be excised in the translation from page to screen, a good cinematic version of The Dark Phoenix Saga is possible.

Game of Thrones star Sophie Turner plays young Jean Grey in X-Men: Apocalypse, and thanks to the timeline reboot of Days of Future Past, the Dark Phoenix part of her story is something that could be redone in a future film. When asked by IGN about potentially revisiting this particular arc, producer Simon Kinberg was pretty open to the idea:

I think everything that hasn’t been told from First Class and Days of Future Past is up for grabs going forward, so it would absolutely be a story we could tell in a different way

As we’ve seen in the trailers for X-Men: Apocalypse, it looks as though Singer has kept at least one of Ratner’s ideas (they weren’t all bad) from The Last Stand — that the more dangerous parts of Jean Grey’s psyche are a secondary mutation and not the result of alien radiation.

We’ll have to see if and how Apocalypse paves the way for The Dark Phoenix Saga when the new X-Men sequel hits theaters on May 27.